Do you find that your staff sometimes (or perhaps often) don’t do what you’ve asked them to do?

Does it seem like no matter how many times you’ve asked, things still aren’t being done?

Are you feeling frustrated and not sure what to do?

It’s a lament we hear often from frustrated business owners, executives, managers and supervisors. “But I’ve told them a thousand times already!” is something you’ve probably said more times than you care to remember.

The good news is that we have a solution. The first step is to understand the reason for their inaction.

We find that there are 3 basic reasons your staff don’t do what you ask: 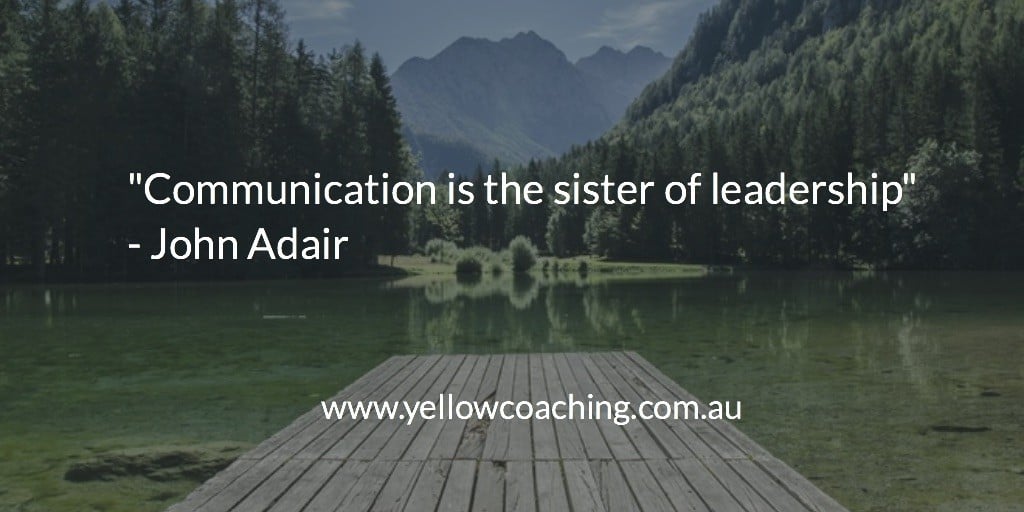 Let’s look at an example to illustrate.

Business owner Maria is frustrated that her new tradesman Jack is not filling out his timesheets.

Maria has shown Jack twice how to complete his timesheet online using their payroll software, and asked him to submit it for processing by 5pm each Wednesday. But after two weeks it’s still not getting done correctly or on time. The bookkeeper has had to call Jack each week to request it, and query Jack on his entries. Maria is starting to wonder whether Jack is the right tradesperson for the job.

There are three possibilities for Maria to consider before taking further action:

Possibility 1. Jack doesn’t know how to do it

The first thing Maria should consider is that Jack may not know how to fill out his time sheets correctly, or that he’s forgotten or misunderstood when they are due. Yes, Maria has shown Jack twice how to use the software, but just because Maria has communicated something to Jack doesn’t mean that Jack has fully understood. Jack may have been embarrassed to admit that he didn’t understand Maria, or may have forgotten some of the steps. After having it explained twice already, it was harder to admit it wasn’t making sense.

To see if this is the case, Maria could ask Jack something along the lines of: “Max, I hear from the bookkeeper that your time sheets haven’t been completed correctly the last two weeks, and haven’t been submitted on time. How are you finding the timesheeting process? Is there anything that you’d like me to go over with you? I’m happy to give you as much training as required to help you feel confident with the system.”

In this instance Jack admitted that he was having trouble, and Maria trained Jack once again. When finished, Maria asked Jack to fill out an example time sheet, and to repeat to her what time it needed to be submitted. Maria ended the training session by once again asking Jack if he had any questions, and he assured her that he didn’t.

Unfortunately despite this the following week Jack’s timesheet was incomplete and not submitted at the agreed time. The bookkeeper was also getting extremely frustrated with the situation, as chasing the information created extra work for him.

People often aren’t aware of how their behaviour affects others. Maria calls Jack into a meeting with the bookkeeper, so he can explain how his inattention to detail and  his not meeting deadlines affects the bookkeeper, other staff, and the payroll system. Jack apologises and assures both the bookkeeper and Maria that the next week he’ll be accurate and on time.

Now Maria has communicated what is expected of Jack, and got him to repeat back to her what he understood, and why it’s important. Unfortunately the next week Jack’s timesheet is not submitted on time, and is once again full of errors.

Maria can only assume:

Possiblity #3: That Jack just doesn’t want to do it.

Maria sets up a meeting with Jack, at which she says: “Jack, you’ve been working here 3 weeks now. Three times we have sat down and done training on how to submit time sheets accurately. We also discussed the importance of submitting them by the company deadline, and you know how not submitting them correctly and on time affects the workflow of others. Despite this, for the third week in a row you have not done what you’ve been asked. Can you please tell me about that?”

This open-ended question allows Jack to explain anything that might be going on for him. He may make excuses, or he may apologise. Whatever the response, it’s an opportunity for Maria to ask Jack what he’ll do to rectify the situation, and explain the consequences if his behaviour doesn’t change. She could say: “Jack, you’ve told me you understand how to do this task, and that you understand how important it is. If it’s not done correctly next week, I will have no option but to give you a written warning.”

And of course it’s essential from that point on that Maria does issue a written warning if Jack’s behaviour doesn’t change.

If there’s something your staff are not doing despite your repeated requests, we suggest you follow the process above. Depending on the seriousness of the behaviour, you may enforce consequences sooner.

To improve workplace communication we suggest that from the outset every training always includes:

We hope this helps you understand and deal with frustrating situations in your business.

We receive many phone calls from business leaders frustrated with their team’s performance, culture, and motivation. If you’d like to find more ways to deal with yours, call Andrew Masi or Julianne Schwenke on (02) 4933 6622. We’ll arrange a time for a complimentary chat with you to see how we can help.

PrevPreviousPeople Don’t Care About You!
NextThe 5 Things You Need To Succeed In BusinessNext